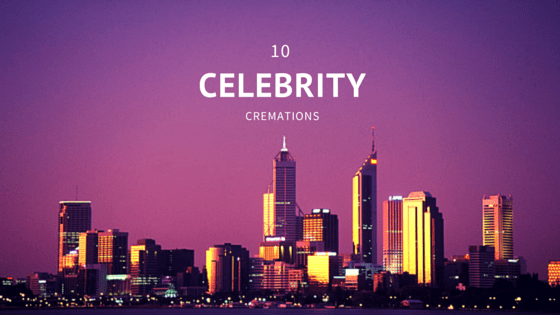 Over the years, cremation has become an increasingly popular option for individuals deciding what they’d like done after they pass away. While burials were once the standard, cremation is on the rise — over  30% of Americans opted for cremation according to stats recorded in 2006 and the number has grown from there.  In some areas of the country the cremation is as high as 70-80%!

Thus, it’s not surprising to see that many celebrities have opted for the cremation route. Here’s a look at a few, both recent and past:

As you can see from these famous cremations, the choice of cremation and final disposition of ashes is strictly personal one.

While some of these famous funerals were attended by thousands, the families were able to privately say their goodbyes and follow the wishes of the departed by scattering or interring the ashes as requested.