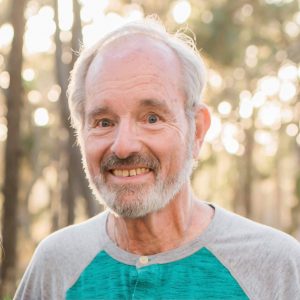 Douglas (Doug) Neil O’Hara passed away on March 7, 2021 at Brandley house hospice in the Villages, FL
from natural causes. Doug led a unique life. Some mistook his quiet calm nature as aloof. However,
Doug was a witty, funny and adventurous man. A unique fact about Doug was that he played trumpet in
the marching band at the University of Florida, Gainesville and was also a member of the dive team.
When asked about his time on the team he’d reply that he was part of the clown act doing pratfalls into
the water. He was also an avid runner, up until his body just couldn’t keep up. He was a loving and
doting husband of 21 years to Marion Conerly-O’Hara. Together, they enjoyed exploring Ireland, all
things Disney and spoiling with affection their 14 grandchildren and one great granddaughter.
Doug was born in Bay Village Ohio in 1943 to Russell and Mary O’Hara. He had a younger sister Sharon
whom he loved immensely. He started his college pursuit at University of Florida, Gainesville, and
graduated in 1966 from Kent State in Ohio where he was also a member of ROTC. Later, Doug finalized
his formal education with an MBA from Golden State University while serving in the US Air Force.
After graduation Doug entered the US Air Force and became a KC-135 pilot. During that time he served
multiple tours overseas including 2 tours in support of Vietnam. He may also have been known to
smuggle a pallet or two of Coors beer east of the Mississippi in his KC-135 Strato-tanker. Doug retired
from the U.S. Air Force in 1986 as a Major after serving 20 successful years.
His next adventure took him to Atlanta Georgia as a flight instructor for the Lockheed Jet Star aircraft.
He then made the leap as a corporate jet pilot with stints flying for Union Camp out of Savanah, Georgia
and for a Saudi Arabian Prince flying the CanadAir Challenger. Following his aviation career he moved
back to Florida and began a second career at Walt Disney World in which he worked as a tour guide and
in attractions, transportation and guest relations in various roles. Doug retired for the second time in
2015.
Douglas is survived by his wife Marion Conerly-O’Hara, his three children Kimberly Jimenez, Kristin
Weisheyer and Matthew O’Hara; as well as three step-children Brandon Adams, Benjamen Adams and
Amanda Martinez; their spouses and children. Douglas is also survived by his younger sister Sharon
Aranda, her family and several cousins. He was preceded in death by his parents Russell and Mary
O’Hara. Please join us to tell your stories of remembrance at 11 a.m. on Saturday, March 13 2021 at
New Life Church Ocala, 1700 NW 60th Ave Ocala, FL.