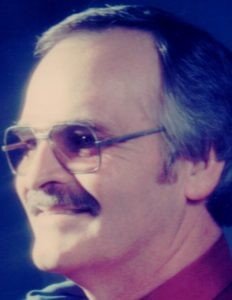 Gordon Mertle of The Villages, Florida passed away December 3rd at the Cornerstone Hospice Facility at Lake Sumter Landing.

Gordon was born January 21st, 1938, in Salem, Oregon to Louis and Ruby Mertle. He grew up in Turner, Oregon graduating from Turner High School in 1956. While still in High School he joined the Navy and served for over 4 years in locations all around the world on an ammunition ship, the USS Suribachi.  After leaving the Navy in 1960 he returned to Oregon where he married a woman with 4 children.  He then moved to Florida where he had two sons. In 1976 he divorced his wife and returned to Salem.

After working for a variety of employers in Salem he went to work for Salem Area Transit where he worked for 22 years until he retired in 2004. Gordon enjoyed retirement in Salem but wanted to be close to his family and missed the warmer climate so he returned to Florida in 2016.

Gordon was a caring husband to his wife of over 40 years, Wilma E. Nelson. She was the strength in his life and brought him inspiration and happiness. They enjoyed dancing, cruising and playing games with family. He was a kind father to his son Guy and spoke often about their fishing trips to the Florida coast. He loved and enjoyed Wilma’s daughters, DyAnne Johnson, Susan Pritt and Charlene McCarthy. Gordon treasured the moments he shared with his step daughters and admired his two sons-in-law, Wayne Johnson and Doug Pritt for the strength they brought to the family.

One of his strongest commitments was to these great-grandchildren. They all brought him tremendous joy and he took pride in all of their accomplishments. He particularly enjoyed attending their sporting events over a 27-year period as well as teaching them new card games.

Gordon was preceded in death by his parents, his brother, his first wife, step-daughter DyAnne Johnson and 3 of his 4 step-children by his first wife.