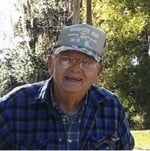 Herman F. Moller Sr., age 88 years old, passed away at home peacefully with his family by his side on Friday, July 27th 2018.

Born on a kitchen table, on November 6th 1930 in Centereach, New York, on Long Island. He was the son of Carl and Frances Moller. Herman worked many years on his parents’ farm and produce stand. Driving his Fathers’ truck into the city of New York delivering produce to many. He was fondly called “Farm Boy.” He went on to driving a truck over the road hauling produce up and down the east coast of the United States. Traveling from Long Island to Florida delivering potatoes to the south and hauling fruit back to the north. Later years, he went into construction, being a heavy equipment operator, working on Long Island. He was a Teamster and a member of Local 282. Retiring to Florida in 2002. Herman was a simple man and loved to share his stories. He lived a life well lived for sure.

Herman was preceded in death by his first wife, Marguerite, a son “Chip” and a grandson. He is survived by his wife, Sarah, two daughters, Joyce Seaman and Colleen Honstetter all of Florida. A son, Michael Moller of Long Island. Herman had several grandchildren and three step children.

The Family would like to thank Kindred Hospice and their nurses for the excellent care they gave him and all the prayers sent from our friends and family.