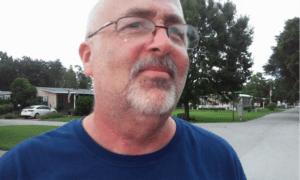 James loved to work outside in his yard making it beautiful. James loved spending time with his family especially his grandchildren. He was a member of First Baptist Church of Umatilla and took part as a volunteer on the security team. He enjoyed and took his part in security very serious. James was always ready to lend a hand when needed. Before James was diagnosed with cancer, he loved and enjoyed his career as a truck driver, traveling across the country.

He leaves behind a wife, Faye Beasley of Leesburg, FL as well as his beloved mother and step father Catherine and Doug Sessoms Fayetteville, NC, his father and step mother James and Gwen Beasley Fayetteville, NC, brother and sister in law, Aaron and Katie Beasley, sister and brother in law Patricia and Doug Stancil and sister Terri Beasley. His son and daughter in law, Devin and Alisha Beasley, Daughter and son in law, Nicole and Chris Walker. His step-children Katie and Jeff Poole, Courtney Cox and Ulysses Barreras. Also 5 grandchildren, Bryce, Noah, Taylor, Noel, and Adalynn.