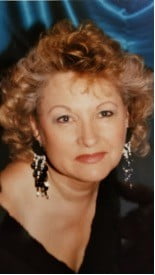 Joyce Elaine Hein-Frenyea (80), a long-time resident of Fruitland Park Florida, died Sunday July 9, 2017 in her home. She had been battling heart disease and leukemia for the last few years.

She was born in Milwaukee, Wisconsin, July 8, 1937 to Edward and Estelle Linder, graduated from Pulaski High School, and learned skills as a secretary.

She is survived by her husband Dale Frenyea, his two sons Sprague and Treavor; her brother Edward J. Linder; her daughter Kelly (Hein) Aldrich, her husband Danny Aldrich and their daughter Danielle Gassner; her son Todd Hein, his wife Jenny (Walls) Hein and their children Taylor and Troy; Noun Noun and Steven Hein from her son Michael; her great grandchildren Lana and Harley; Nieces, nephews and cousins. She will be missed by all.

She enjoyed going to movies, travelling (especially on cruise ships) and bargain hunting.

She was a devout Jehovah’s Witness.