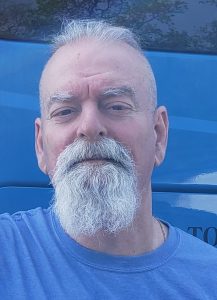 to his parents Pedro & Josefina Roman.

in Gainsville, Florida at the age of 61.

He is survived by his wife, Connie Roman and children

Anthony and Judy of Pennsylvania.

Trucking friends Tim, Buddy, and James Sisco all of Tn.

and a many more.

Mr. Roman served in the United States Army from

after Mr. Roman left the Army he became a lifelong

truck driver. He was truly a gamer with Sammy

He will be truly loved and missed by many.