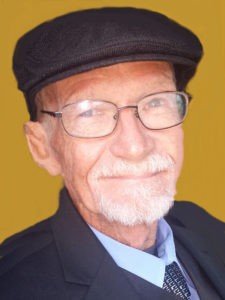 Pastor Robert Franklin “Frank” Huffman, 73, of Anthony, Florida, passed away peacefully with his loving wife, Sylviane (Douillot) Huffman, of Domblain, France, by his side at the Marion County Hospice “Legacy House” on Friday Evening August 19th, 2016 after a year-long battle with Pancreatic Cancer.

Frank was born February 3rd, 1943 in Ben Hill, Georgia, outside of Atlanta, to Grace Evelyn Howard and Robert Emmitt Cumby. He was later adopted by Robert Huffman (all predeceased).

He was a life-long resident in the Levy, Volusia and Marion County areas of Florida. He attended Seabreeze High School in Daytona Beach and graduated from Dunnellon High School class of 1960.

Frank was a US Army Veteran, and was deployed for a tour of duty in Germany. He played the Trumpet in the Army Show Band.

Frank attended Jacksonville University, earned a degree in accounting and was a local businessman in Ocala, Florida for many years in the Swimming Pool and Construction Industries.

Frank also served as Pastor of Sharetime Ministries and Peacemakers International. He was devoted to ministering to the homeless, and all those who “fell through the cracks of society”.

He was predeceased by a brother Ronald Huffman (Donnie) of Ocala Fl, and his sister Bonnie Huffman McCollum (Allen) of Gainesville, Fl.

He is survived by half Sisters Sharon Lance (Robert) of Rockmart GA and Susan Cumby Short (Gene) of Kennesaw, GA, and half brothers Richard Cumby (Ellen) of Lawrenceville, GA, and Gary Cumby (Deborah) of St. Simons Island, GA.

Frank was the proud Father of seven Children, twenty-four Grandchildren and twelve Great-Grandchildren.

Frank was greatly loved and will be missed by his large family of numerous aunts, uncles, cousins, nieces and nephews and in-laws from around the country.

A special thank you to The Hospice of Marion County for their support.

In lieu of flowers, tax deductable donations may be made to support Frank’s non-profit ministry, to help carry on his legacy, and continue his vision of helping the poor.

Checks may be made out to: Alpha Omega Institute and sent to: