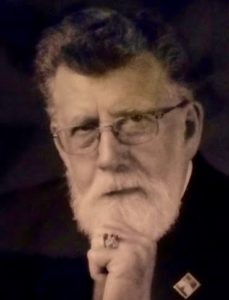 Virlyn Noel Sheppard, (Shep), of Summerfield, FL, passed away at home, surrounded by his family, on December 19, 2016, at the age of 77, after battling stage 4 colon cancer for nearly six years. He was born March 6, 1939, in Savannah, GA. He graduated from Commercial High School in 1957. He served as a member of the National Guard, 18th Armored Division 48, before joining the US Navy in the fall of 1957. While serving his country, he was an Engineman aboard the USS Sellstrom and USS Parsons until he was honorably discharged in 1961.

Following his service in the Navy, he was employed by Pan American Airways, on a guided missile range in the Bahamas, as an electrician, machinist, and power plant operator.

In 1971, Virlyn went to work for the newly established Auto-Train Corporation as a Diesel Shop Supervisor. In 1976, he began working for Amtrak as a Master Machinist of Motive Power in New Orleans, LA. He was promoted to General Foreman and transferred to the 21st Street Diesel Shop in Chicago, IL, where he married Kathy Sloane in 1979. Shortly thereafter, he returned to work for Auto-Train until 1981 when he was hired by Burlington Northern Railroad in Alliance, NE.  In 1982, he was promoted to Diesel Shop Foreman and transferred to Lincoln, NE.  He enjoyed being in first-line supervision at BNSF Railroad until his retirement in 1995. While in Lincoln he was extremely pleased to join the Masonic Order, and became a Master Mason at East Lincoln Lodge 210 and took his 32nd Degree at the AA Scottish Rite in the Valley of Lincoln, NE.

Upon retirement, another of Virlyn’s dreams was fulfilled with the purchase of a sailboat named Essa which took him, and his wife, Kathy, three years to make seaworthy. During the years working on Essa in St. Petersburg, he joined the Coast Guard Auxiliary becoming an Instructor and valued member.  From 1998 to 2004, they lived aboard Essa which was anchored in the Florida Keys, offshore from Islamorada. It was said to be the most photographed boat in the Keys because the setting sun made it an irresistible background for romantic evening photos. They also did some cruising from Slidell, LA to the Dry Tortugas to Wilmington, NC, and particularly enjoyed the unique variations along the Intracoastal Waterway.

In 2005, Virlyn and Kathy gave up their seagoing lifestyle to come ashore to care for Kathy’s mother, who was ill.  They bought a home in Summerfield, FL and sold Essa. They enjoyed spending time with family and friends while doing a little traveling. When not traveling, Virlyn took great pleasure in improving their home by adding a deck, a fence, a workshop which includes a ham radio room and a tractor shed, as well as mowing the lawn and trimming the 60 plus oak trees on the property. In addition to improving his home, he took great pleasure in helping family and friends by maintaining their lawns and property until 2011, when his illness and treatments began to make him too weak to continue.

His love of life and sense of humor was evidenced by sharing stories and telling jokes to everyone whose path he crossed. He is greatly missed by all those who knew and loved him, including his dogs, Chewy and Mushka.

The following poem was penned for Virlyn by his cousin and dear friend, Joe Sheppard, on February 1, 2011

Ode to Ye Old Salt of the Sea

May your vessel be sturdy and its sails strong,

with winds to your back to horizons unknown

What lies beyond is anyone’s guess,

but of this we can be certain,

awaits a haven of rest

So take heart Ye Old Salt of the Sea,

time’s still in your favor,

now let your spirit be free.